A Dance with Rogues
Register
Don't have an account?
Sign In
Advertisement
in: Changed, Part One, Betancuria, Betancuria West

Betancuria West is one of three sections of the city of Betancuria. It has a number of Dhorn buildings and a few residences. Notable structures include the Arena, the Dhorn Administration building, and the Dhorn Headquarters. The main areas of interest are 23, Knight Street (for Lesson 5), the Arena, and the Ruined House. A number of other areas, such as 19, Knight Street, Tald's Tavern, and 5, Queen's Road, are used or made accessible depending on the Princess' decisions. Betancuria West borders with North. 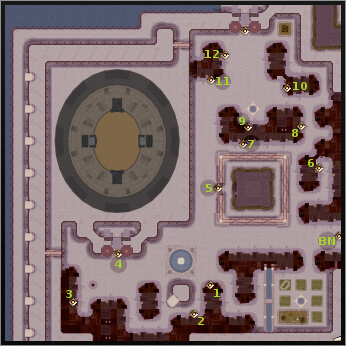